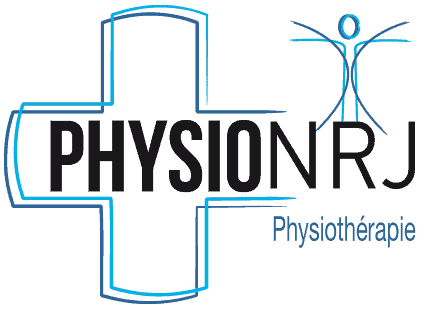 Increasing performance in alpine skiing, what to do?

Yet another season or just preparing for your usual 1week ski holiday, you better prepare yourself, not only to avoid injuries, but also to increase your performance and enjoy the skiing instead of being one step behind all the time.

What should you do? Roughly you should divide your training program into aerobic power, anaerobic power, neural drive (proprioception and balance etc.), core stability and flexibility! There will in the following be a discussion of core stability, aerobic/anaerobic power and neural drive and the importance of training these components in order to progress as a high level recreational ski athlete or aspiring for passing the “eurotest” to become a ski-instructor i.e.

Since alpine skiing is a season related sport, alterations in training patterns are necessary during late spring, summer and fall. Müller et al. (2002) discussed the importance of directing exercises towards the technique specific movement in skiing during summer periods, with the aid of functional training devices and movement patterns that imitate the movement used in Giant slalom i.e. This can be difficult, but for the motivated alpine ski athlete, there are plenty of ways to train yourself into top performance during the winter…

Although core stability has yet to prove that it can directly enhance performance in specific sports according to Hibbs et al. (2008), it has without doubt an implementation in more functional training programmes, which hereby could result in a more efficient transfer of skills to the actual sport (Hibbs et al. 2008). So by implementing high-level core stability exercises that mimics the actual ski movements, the possibility of overflow and transfer of skills are more likely. However, this will require a knowledgeable personal trainer, that has the necessary training tools and devices.

If not proven to enhance performance, core stability programs may have a preventive effect upon lower limb injuries according to Willardson (2007). The effect maybe related more to the implementation of proprioceptive and plyometric exercises as seen on wobble boards and other balance devices used in physiotherapy and athletic training.

According to Neumayr et al. (2003), the success within professional alpine skiing was highly correlated to a strong aerobic power and muscle strength. Giant slalom (GS) is believed to have a higher demand of aerobic and anaerobic power than other alpine disciplines (Tesch, 1995). The oxygen uptake reaches 75-100% of maximal aerobic power and has an anaerobic energy consumption of more than half the energy yield (Tesch, 1995). Although the skis have changed since the year of this study, the energy properties are likely not to have undergone major changes. What it means basically is that a high level of fitness will make you a better athlete, also within shorter duration sports like skiing. Thinking that doing squats and the chair against the wall only will NOT make you a good ski preparation and enhance your performance, you’ll have to suffer and eat your self to perform at a high level.

Aerobic power (fitness level) The reason why GS has a higher aerobic/anaerobic demand than i.e. Slalom is because the periods of static contraction are longer in GS than slalom, which compromises the blood flow to the working muscles. This makes the muscles relate more to anaerobic energy supply (lactacte production) and puts great demands upon the aerobic power in the periods of between turns (Szmedra et al. 2001; Hintermeister et al.1999). So by having a high level of fitness, you will be able to wash away lactate production in between the ski turns and enjoy longer rides without stopping, force and attack the turns aggressively to make the fastest lap time without having to alter your technique because of muscle tiredness etc.

In order to assess the aerobic capacity, the watt max test on a stationary cycle is a valid and reliable test to investigate the state or progression of the athletes Vo2 max (Andersen, 1995). There are other ways to test the “ski-fitness” as proposed by Andersen et al. 1990, whom suggested a test battery for GS athletes, consisting of 20m shuttle run, 60sec Wingate cycling test, hexagonal obstacle test, high box test, double leg jump and vertical jump test to assess the functional fitness of an GS athlete. Testing should be done with a professional the first time so you’ll get a precise test and hereby you could learn the procedure and do it yourself next time.

Anaerobic power (Lactate production) and neural drive (explosiveness/power) Regarding the muscular activation pattern in GS, there is a high dependency upon eccentric force and maximal voluntary contraction (MVC), which is believed to have a great impact upon the design of training programmes (Berg and Eiken, 1999; Berg et al, 1995).

Aagaard et al. (2002) studied the impact upon 38 sessions of heavy resistance training (<8rep/max) aimed at the quadriceps muscle during 14 weeks in 15 male subjects. They found an increase of 15% in MVC and rate of force development (RFD), concluding that heavy resistance training (<8rep/max) has a big impact upon MVC and RFD of quadriceps (Aagaard et al. 2002). Since MVC is believed to be very important in alpine skiing and especially GS (Berg and Eiken, 1999; Berg, 1995) the heavy resistance training as proposed by Aagaard (2002) has a role within a training programme for alpine skiing. What is achieved through the type of training as suggested by Aagaard above is quite impressive (an increase in explosiveness at around 15% within 14 weeks). In skiing you first of all want to avoid injuries. To avoid injuries, your muscles should be “awake” and you should be able to contract 100 out of 100 muscle fibres as quickly as possible, to protect ankle, knee, hip etc. This can be achieved by above-mentioned training where you increase your “neural drive” or so called explosiveness. Next is performance, where again you’ll need quick reaction and explosiveness/power (neural drive) in your muscles to dive aggressively in to the turns, to withstand the turn/bumps and to bounce explosively out of the turn. The type of training mentioned above can make you perform better and this is today the golden standard method in training for highly skilled skiers. (<8-repetition max, during 3-4 sets, with a break of minimum 3minutes between sets). The type of exercises does not necessarily have to be with the weights in a legpress machine, it could be specific jumping exercises (plyometric) relating to the movement of skiing. However, this is also a very dangerous type of exercising if you do not have any knowledge within physiology and biomechanics since the margin of error is quite small in this particular category. By looking up a sports physiotherapists or a skilled personal trainer dealing with explosive sports, you’ll learn how to master these exercises without damaging yourself, but rather boost your skiing. Have fun and start preparing if you’re not already into it! Note: to achieve somewhat peak condition within your ski season (December-april), a physical throughout preparation programme with above-mentioned parameters, should start in may/june at least. [/tab_item] [/tab] References Aagaard, P, Simonsen, E.B., Andersen, J.L., Magnusson, P., Dyhre-Poulsen, P, (2002), Increased rate of force development and neural drive of human skeletal muscle following resistance training, Journal of applied physiology, 93(4), p.1318-26 Andersen, L.B., (1995), A maximal cycle exercise protocol to predict maximal oxygen uptake, Scandinavian journal of medicine and science in sports, 5(3), p.143-6 Andersen, R.E., Montgomery, D.L., Turcotte, R.A., (1990), An on-site test battery to evaluate giant slalom skiing performance, Journal of sports medicine and physical fitness, 30(3), p.276-82 Berg, H.E., Eiken, O, (1999), Muscle control in elite alpine skiing, Medicine & science in sports exercise, 31(7), p.1065-7 Berg, H.E., Eiken, O, Tesch, P.A., (1995), Involvement of eccentric muscle actions in giant slalom racing, Medicine & science in sports exercise, 27(12), p.1666-70 Hibbs, A.E., Thompson, K.G., French, D, Wrigley, A, Spears, I, (2008), Optimizing performance by improving core stability and core strength, Sports medicine, 38(12), p.995-1008 Hintermeister, R.A., O’conner, D.D., Lange, G.W., Dillman, C.J., Steadman, J.R., (1997), Muscle activity in wedge, parallel, and giant slalom skiing, Medicine & science in sports exercise, 29(4), p.548-53 Müller, E, Raschner, C, Schwameder, H, (2002), Biomechanics and Training in Elite Alpine Ski Racing, Medicine & science in sports exercise, 34(5), p.104 Neymayr, G, Hoertnagl, H, pfister, R, Koller, A, Eibl, G, Raas, E, (2003), Physical and physiological factors associated with success in professional alpine skiing, Int Journal in sports medicine, 24(8), p.571-5 Szmedra, L, Im, J, Nioka, S, Chance, B, Rundell, K.W., (2001), Hemoglobin/myoglobin oxygen desaturation during Alpine skiing, Medicine & science in sports exercise, 33(2), p.232-6 Tesch, P.A., (1995), Aspects on muscle properties and use in competitive Alpine skiing, Medicine & science in sports exercise, 27(3), p.310-4 Willardsson, J.M., (2007), Core stability training: applications to sports conditioning programs, J Strength cond res, 21(3), p.979-85 By Bjørn Toft